This hot drink is surprisingly easy to make, so don’t be put off just by looking at the (long) ingredients list! Admittedly that used to be one of the things that was a deciding factor for me in the past when trying out new recipes, but slowly but surely I’ve extended my both my skills and my spice selection, through evoking some curiosity and a desire to keep pushing outside my comfort zone.

Like all things worth pursuing, it’s often outside that (in)famous comfort zone where some of the magic happens.

As the seasons change, it thought it was time to have something warming and nourishing back on the menu and I feel myself back craving for more warm comforting meals and warming foods which means more spices.

This week, we are more than half ways through Whole Detox, and we’ve traveled through from rooty red to the gorgeous gracious greens of love. For the final week we are moving into TRUTH, INSIGHT and SPIRIT, which is usually great fun, albeit uncomfortable at times when it comes to unraveling and walking on our path of self-discovery.

The other thing apart, from all the delicious focus on eating lots of colourful foods, is the nourishing community. The support, care and camaraderie, found in a small space online is just great. I think we sometimes forget how important it is for our wellbeing to surround ourselves with likeminded people. And as well as that, when we are working though difficult things such as negative thought patterns and emotions, both sharing our stories with others in a safe space and to be witness to other people’s stories is so healing. 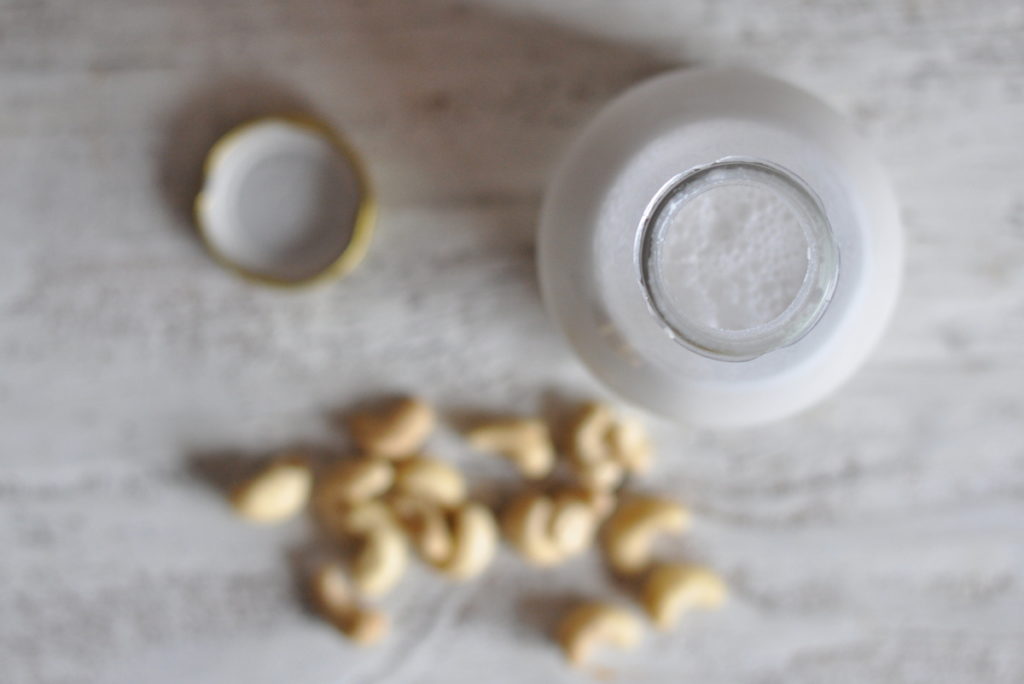 I feel like when we read and listen to others’ stories that we realise that we are in fact not alone in our human struggles. Somewhere out there is someone else who has been through something similar and we can take comfort in this, knowing that what we are feeling is normal.

For me hearing about other people journeys through difficult times have given me both hope and courage to carry on believing in possibilities of change, when I’ve been in a head space that’s made it difficult to imagine so for myself. And the resilience of the human spirit never seem to amaze me either. 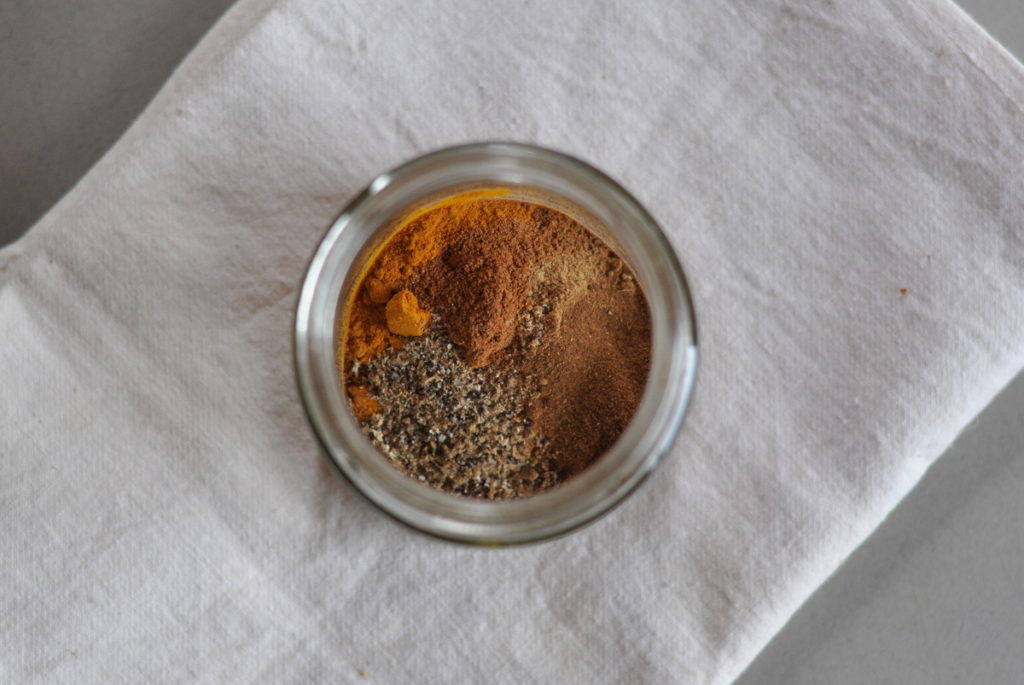 But let’s return to the recipe! This one actually came about as an inspiration from one of the recipes in Whole Detox called “Spice Shake”. Then I spotted that one of the other participants had made a warm version, simply by heating up the ingredients! Which totally appeals to m at the moment, satisfying all my cravings for warm nourishing comfort foods.

I’ve seen some variations of this type of drink around the internet over the past year or so, and I actually tried one, I think it was last year, but I was so put off by the overpowering combination of coconut and turmeric (which felt to me like I was drinking a curry!) so I abandoned the idea of having a go at it again. Normally this is the warming turmeric drink that I go for.

But I think this one might be repeated! I have made a couple of tweaks to the original recipe that inspired me. One is to use cashew milk instead of almonds or other nuts. Cashew nuts are a good source of calcium, magnesium, iron and zinc. And they are really versatile as they are starchy but without insoluble fibre, which means they make the nicest and thickest nutmilk you can imagine and you don’t have to strain it either! However, you do need to plan ahead a little bit and get your nuts soaking the day before. Or at a push, for a few hours. It is worth it though and not actually much of an effort at all.

For the Cashew Milk

For the Spice Blend

For the final cup

To make the cashew nut milk; Soak the nuts in enough water to cover, overnight. In the morning rinse and then blend with fresh water. Store in a glass bottle or jar until ready to use.

To make the spice mix: Add all ingredient into a small glass jar. Mix until well combined.

To make the warm & spicy cashew milk drink; Add the cashew milk into a saucepan. I usually use the cup that I’m intending to serve out of as my measurement. Add 1/2 tablespoon of spice blend per person to the milk plus one – two star anise. Gently health the milk whilst stirring with a whisk. Once the milk is warmed through, add the coconut oil, if using as well as the honey or maple syrup. Give it all another whisk so that the oil and sweeteners are dispersed throughout. 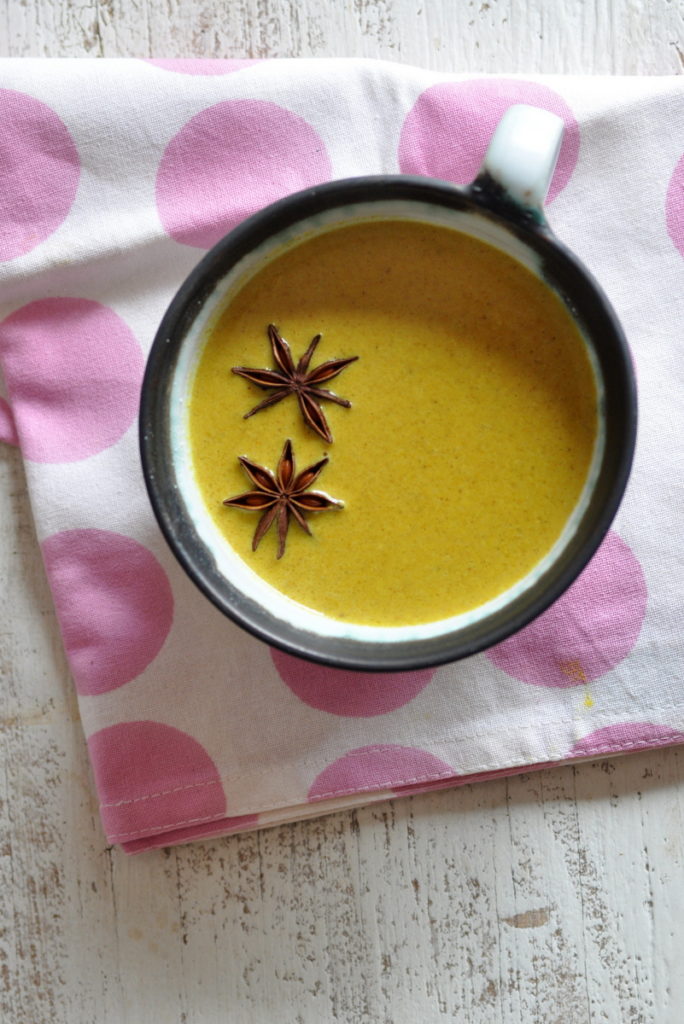