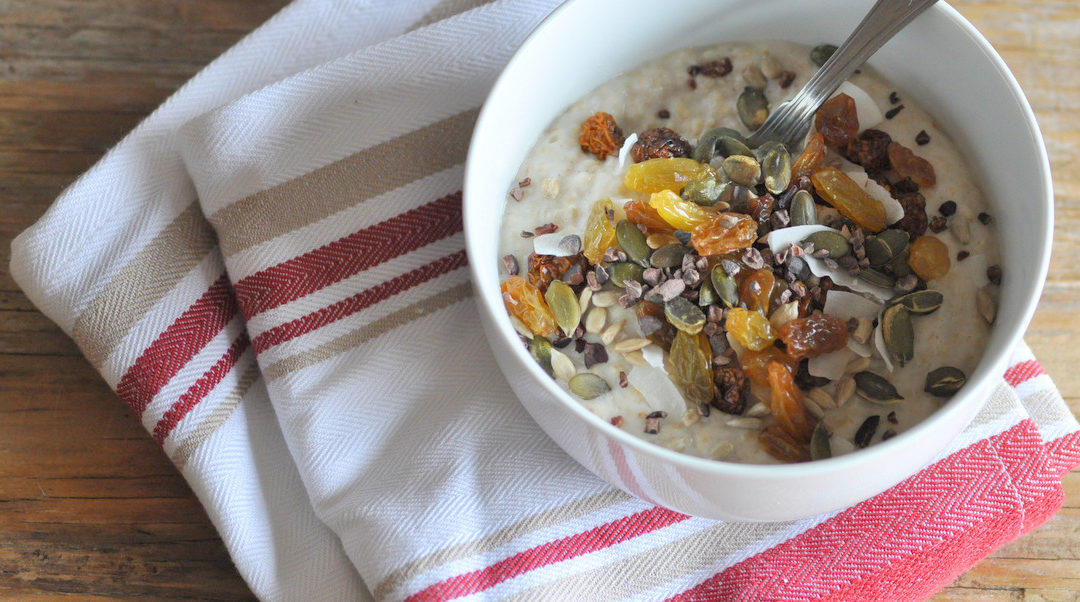 While we are patiently waiting for Summer to arrive, I though I would share this warming and nourishing superfood porridge with you all. This simple yet delicious breakfast has kept me going for the past couple of months as my go-to morning ritual. Whilst I was hoping to transition into a more raw-food based start to the day, it will have to wait until it get’s a little warmer…

Are you like me, craving warmer, spicier food when it’s cold? And as soon as it’s warm, looking for some raw cooling foods instead? Even though I like smoothies all year round, for me they are more an exception to the rule. You won’t find me guzzling on large bowls of raw veggies during the autumn and winter months, unless I also have some cooked, warm food accompanying the plate. Cold food in cold weather makes me feel even colder. Funny how in tune we can become uh?

Have you ever noted how warming spices like, cloves, cardamom and chilli lends themselves to winter dishes? And in the summer it is more naturally to add and eat crispy salads, fresh fruit and raw veggie sticks?

I’m going to give you my “cold weather version” of this superfood porridge, but I have also included some topping ideas to give you some more “summer friendly” ideas for when it eventually arrives!

I firmly believe porridge is THE most popular breakfast in Ireland. Perhaps elsewhere too… Porridge (or Oatmeal) is such a great way to enjoy true whole grains. You know that it hasn’t had all that much tampering with as it still looks pretty much the same as it does when growing in the field. However it’s debatable if some other breakfast cereals can truly call themselves, whole grains upon closer inspection… 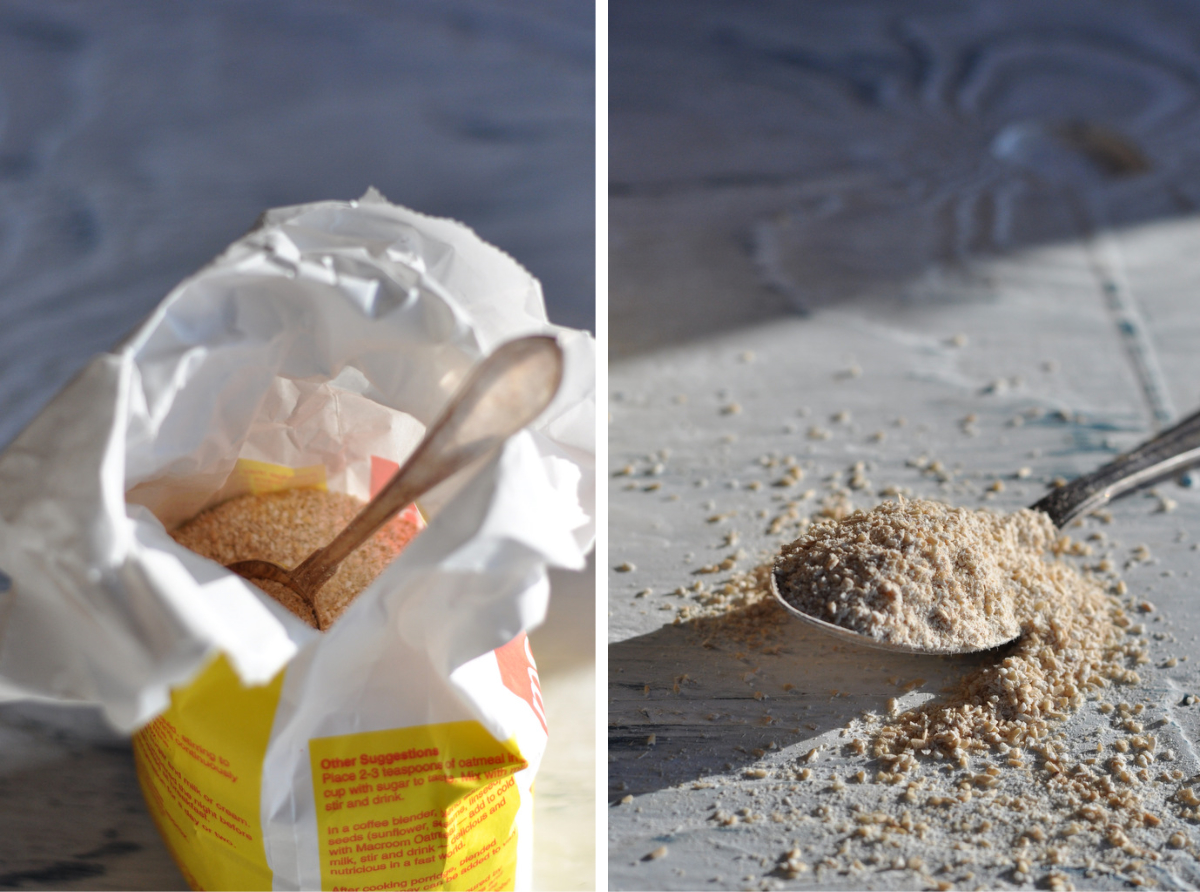 If you can tolerate oats then porridge is a nice healthy way to start the day. *Note that oats are the only cereal grain, which is gluten free. The problem is cross contamination from other cereal grains. If you are highly gluten sensitive, yet can handle oat, take care to by certified gluten free oats.*

Before I started to add some coconut oil or coconut milk to my porridge I used to find it would keep me going for about 2h and then I would end up seriously ravenous! For most people though, porridge is one of the best ways to keep any cravings at bay and energy on an even keel right up till lunch time. To make this breakfast an even more slow-releasing carbohydrate breakfast, I have paired it with full fat coconut milk, plus some seeds. You will get all the sweetness you need from the dried berries, so hold off on the sugar.

Serves 1 (Double the amounts if making for more)

1 tbsp golden raisins – or use normal ones

Place oats and water in a small saucepan. Gently bring to boil while stirring. Cook for about 10 min until you have a thick porridge. Remove saucepan from heat and stir in the coconut milk.

Serve in a bowl with all the superfood toppings!

Stoned and halved cherries with a tbsp almond butter. 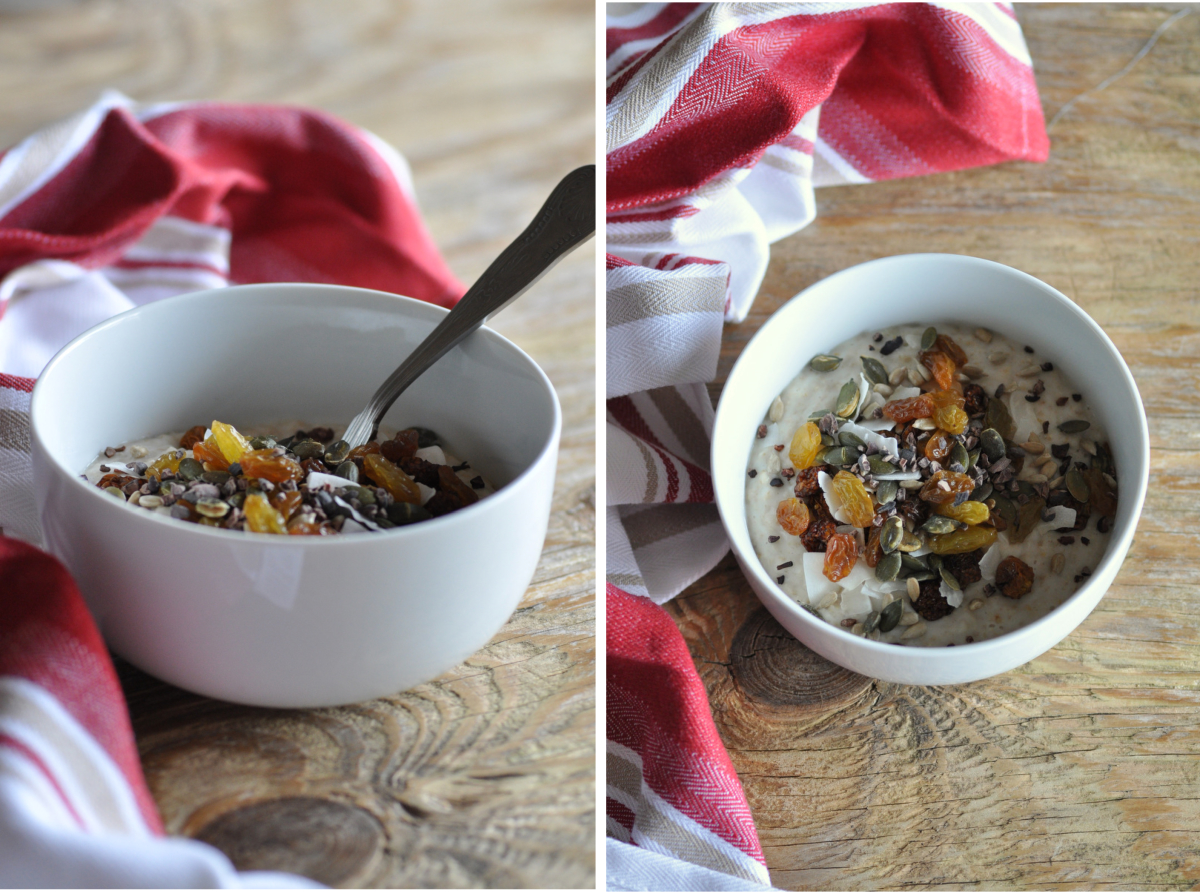 Looking for more oatmeal / porridge inspiration? Check out these fabulous bloggers too 🙂