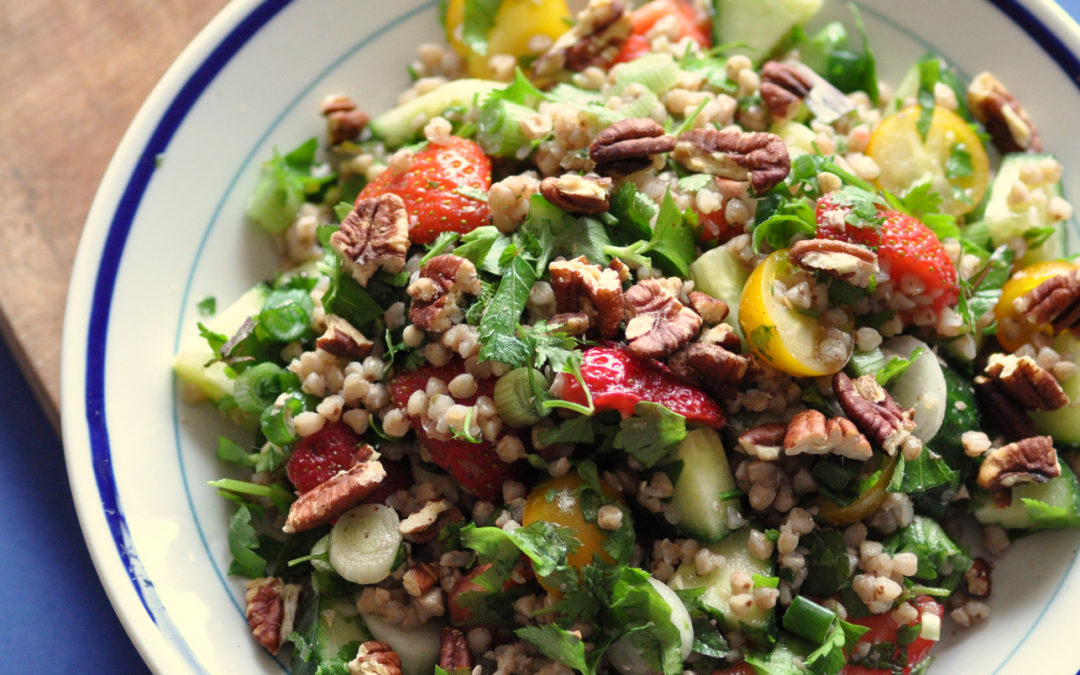 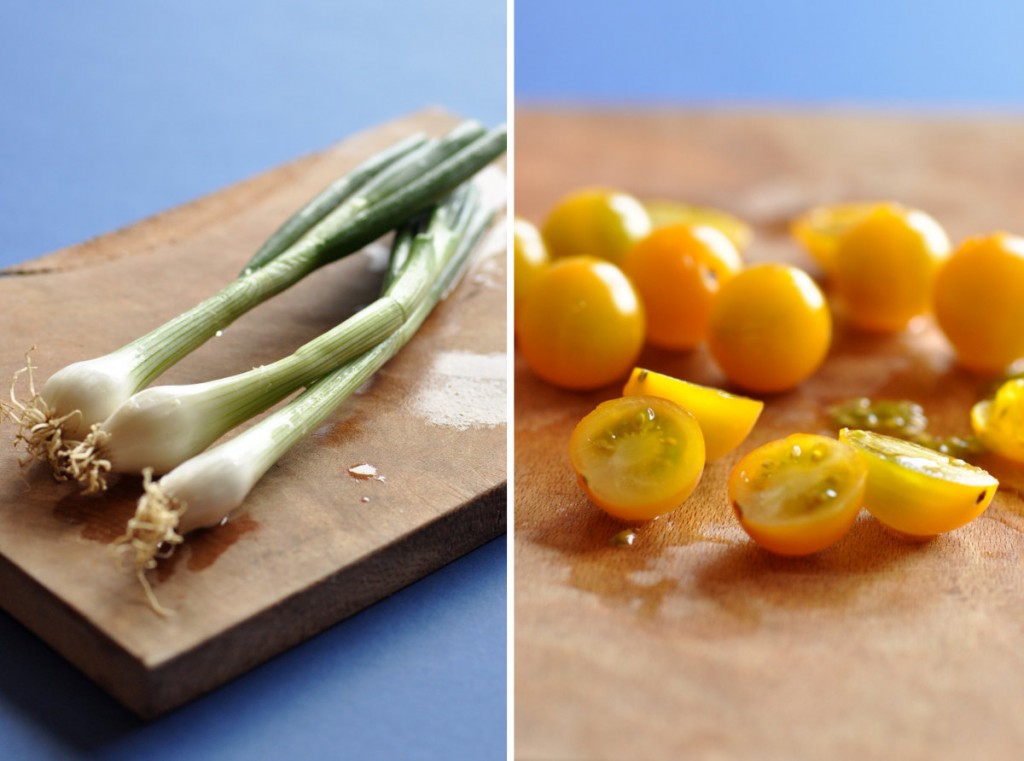 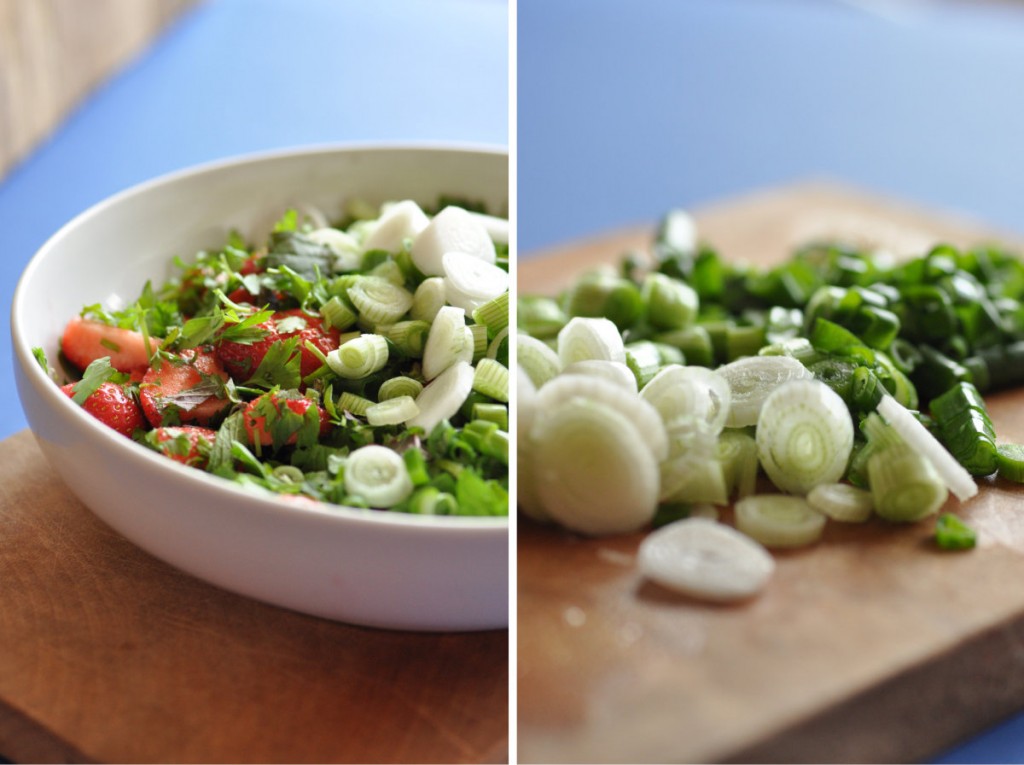 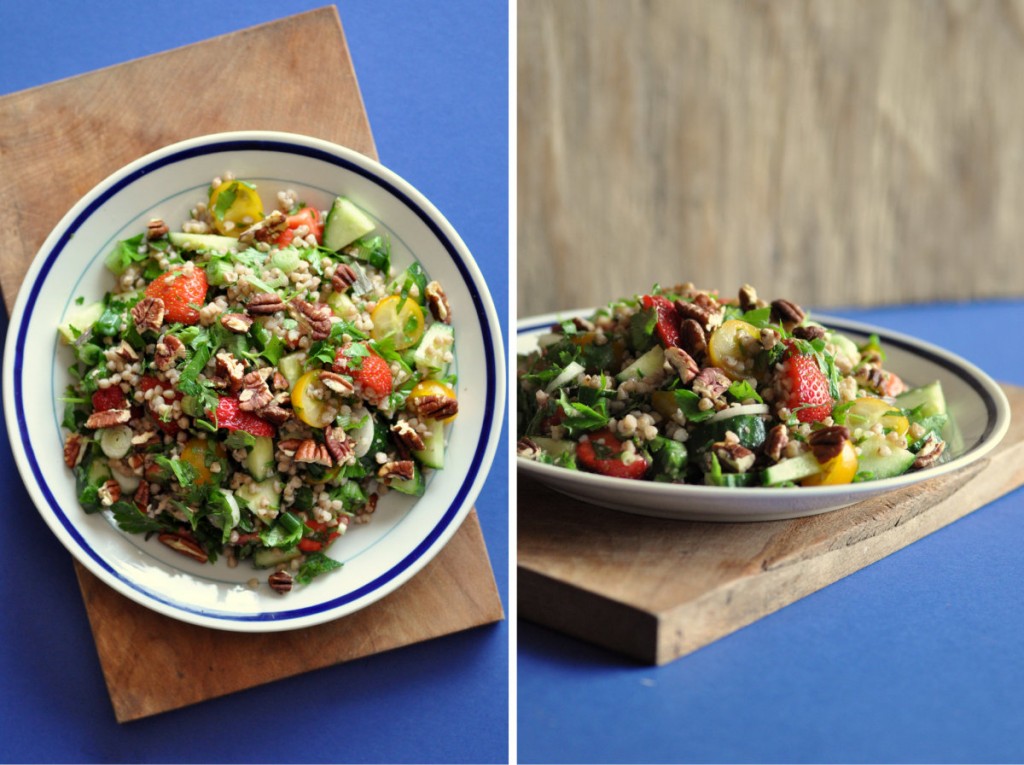 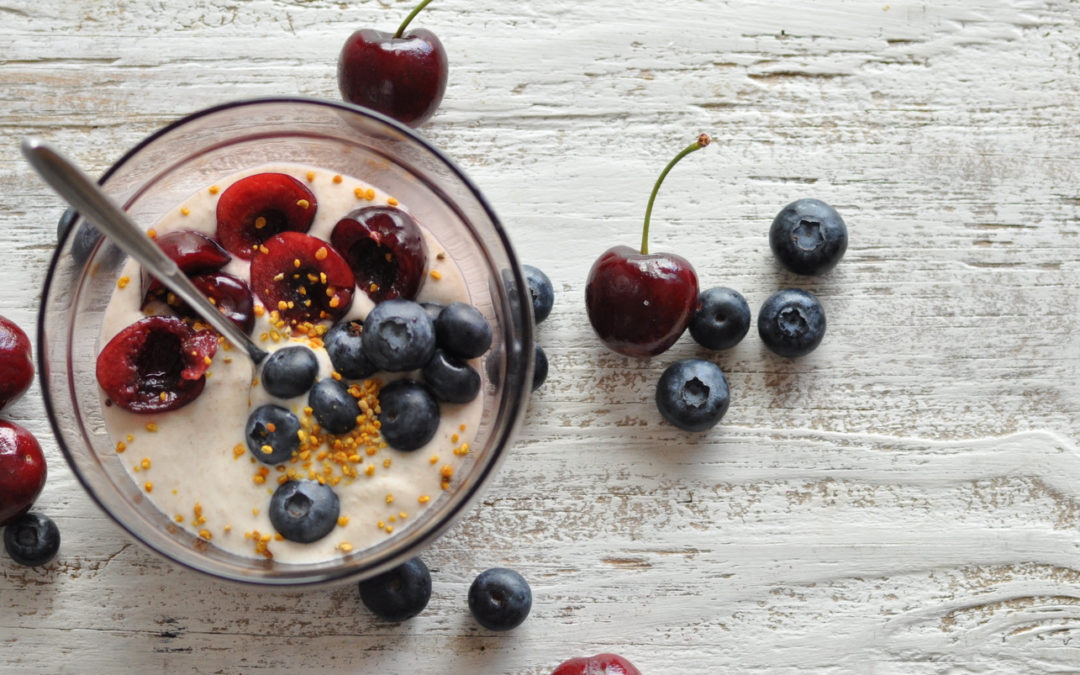 Last summer this was by far my favourite breakfast. And as temperatures are improving, it’s back on the reperoire. It’s really simple to make (always a plus) and you can add what ever kind of berries you like or have to hand. It’s also makes nice gluten free breakfast option, if you feel you need a break from smoothies or perhaps your usual egg based breakfasts.

It was this post from the amazingly talented Sarah B which got me truly hooked on this raw summer breakfast last year. Until then I had tried some another variations, but wasn’t all that fussed. Let’s say it just didn’t rival my standard bowl of porridge or my love of muesli…

What truly makes the difference here is the the banana. Not only for taste, but truly for texture! Buckwheat has a strong flavour and it also tends to have a very gritty texture if blended on its own. Adding the banana truly was the game changer!

So what’s the deal with these tiny little tetra grains? What’s to gain by introducing buckwheat into you life?

Despite its very confusing name, it is actually a seed and not related to the cereal grain wheat at all. This is what it looks like as a flower. The grains you see above are the seeds from the flower. Buckwheat is a native plant to Central Asia. Though its use is becoming more common in these parts of the world, you will find it used in traditional dishes in countries such as Russia and Poland. And the flour is used to make in crêpes in France and to make soba noodles in Japan. (Note here: if you want to use soba noodles and need them to be truly gluten free, read the labels carefully of any brand you buy as some of them also have wheat flour added)

The seed itself is high in the phytonutrient flavonoid compounds quercetin and rutin which are two powerful antioxidants which has been shown in some studies to have a positive effect on relieving the symptoms of hayfever and asthma.

Turns out buckwheat is also a very good source of magnesium which is an important mineral for cell energy production and often an electrolyte which can be deficient through sweating (hello hot summer weather!). Muscle cramps are a fairly reliable symptom of magnesium deficiency.

Magnesium is also an important mineral to protect our heart (which is a large muscle). Stress and high refined sugar intake can easily deplete our stores, so it’s important to make sure you get enough of it through your diet. Other great sources of magnesium is kelp (seaweed) almonds, cashews and leafy greens like parsley. 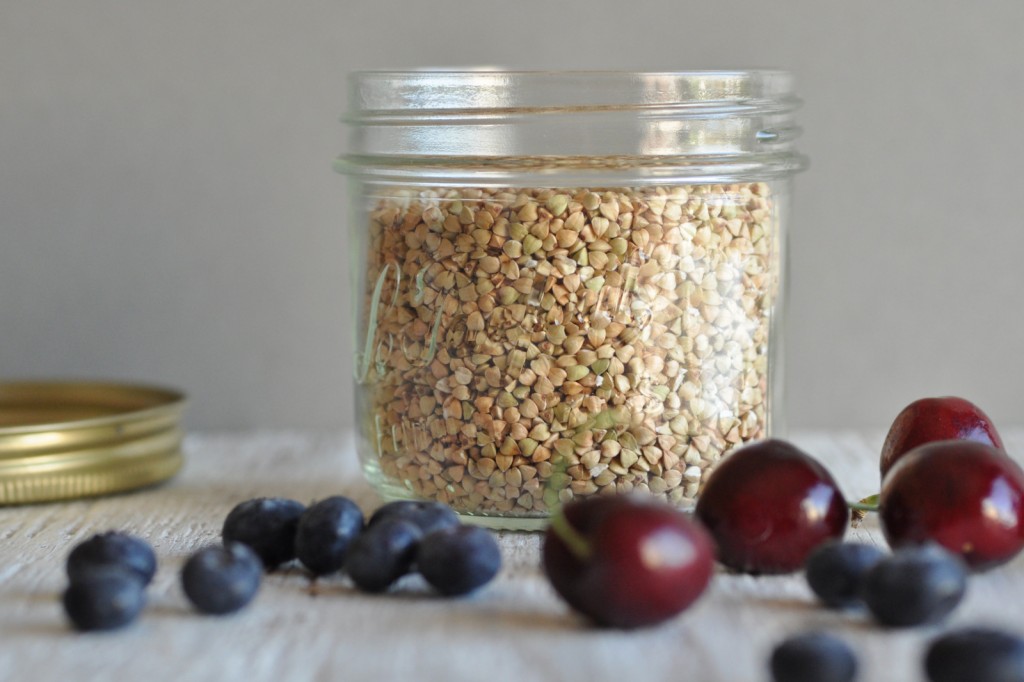 Adding more wholefoods to your overall diet can only mean overall improvements to your health and wellbeing. It’s all to easy to get stuck in a food rut so by increasing the variety of food you eat mean that not only do you have a greater chance of getting all your nutritional needs covered through your diet, it also gives you an opportunity to become more creative with your cooking (and eating) which in turn it may even help you become more expansive in your thinking! And who knows where all that creativity and expansion may lead?!

Variety truly is the spice of life!

Fresh berries of choice – I used blueberries and cherries here but strawberries, raspberries or any type of currants would be delicious too.

Soak the buckwheat groats in water overnight with a splash of lemon juice or apple cider vinegar. This will make them nice and soft for blending and starting the sprouting process, making the  easier to digest. Drain your soaking water and then rinse of the goey stuff (which is completely normal) well before your place the groats in your blender together with the banana, coconut milk and spices.

Blend for about 30s until you have a lovely creamy “porridge”. Serve immediately in bowls with your choice of toppings.

Note: If you want a really cold porridge use a sliced, frozen banana. I normally have mine at room temperature with a fresh one though. But either way, the banana will make a huge difference to the consistency so I wouldn’t leave it out. 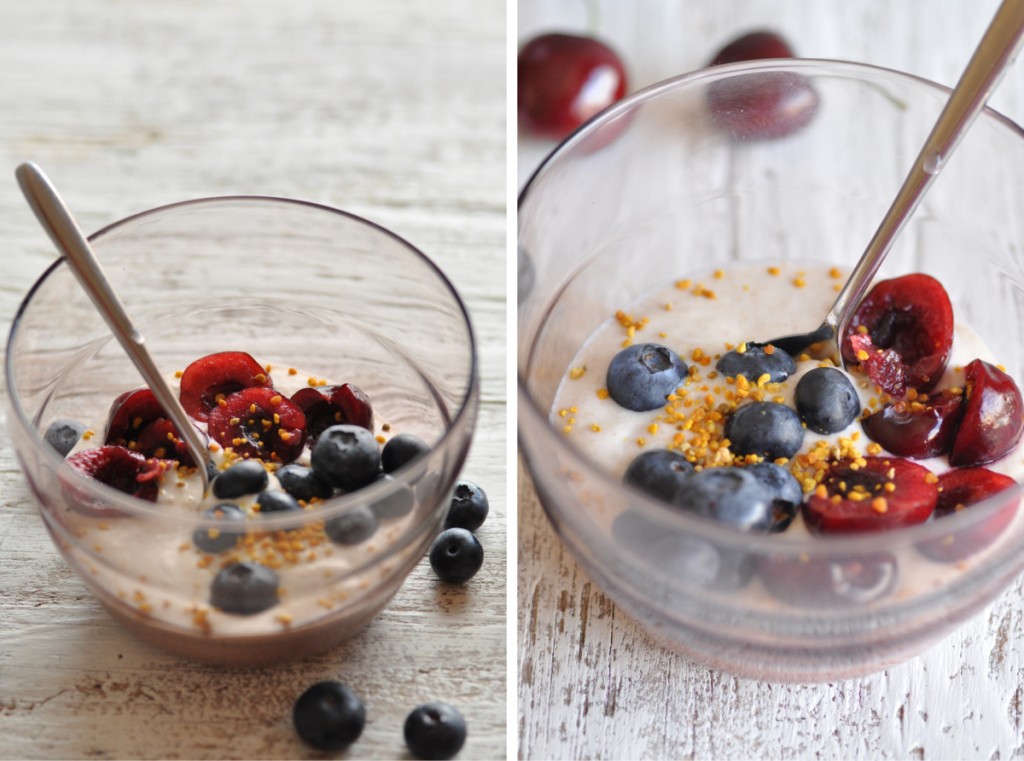 Looking for some more buckwheat recipes? Here is a cooked breakfast option. And here is some crêpes. Oh and a delicious smoothie from Cashew Kitchen!

It’s finally starting to feel like Spring here today! A few hours in the mountains, sunshine and a little cooking and it feels like a proper day off. And a little blogging of course 😉

I’m going to keep it short and sweet today as I’m planning to write a nice juicy newsletter to all my dear subscribers later and my last post was a rather long ramble too. So I’m just going to share with you this tasty gluten and dairy free breakfast recipe with you today and leave it at that.

The fact that I love breakfast is no secrete around here. For those who need to stay off gluten and are used to eating cereal or toast for breakfast, things may seem very challenging at first. But if you are willing to stretch a little outside your comfort zone and explore some new flavours, textures and foods you may become pleasantly surprised and the whole adventure will turn into a blessing in disguise.

I’m a big fan of buckwheat but it is probably only in the last year or so it has become one of my pantry staples. It’s one of those intriguing foods you see in the healthfood store and would love to try (because you’ve heard it’s good for you) but you have no idea what to do with it!

Buckwheat is not a cereal grain (it’s not related to wheat at all) it is actually a seed from a plant related to the rhubarb plant. It’s a good source of antioxidants, and contain a good dose of both magnesium and manganese as well as that all important fibre.

The seed has a distinct nutty flavour and cooked whole like here it has a lovely chewy texture and can be used in both sweet and savoury dishes. 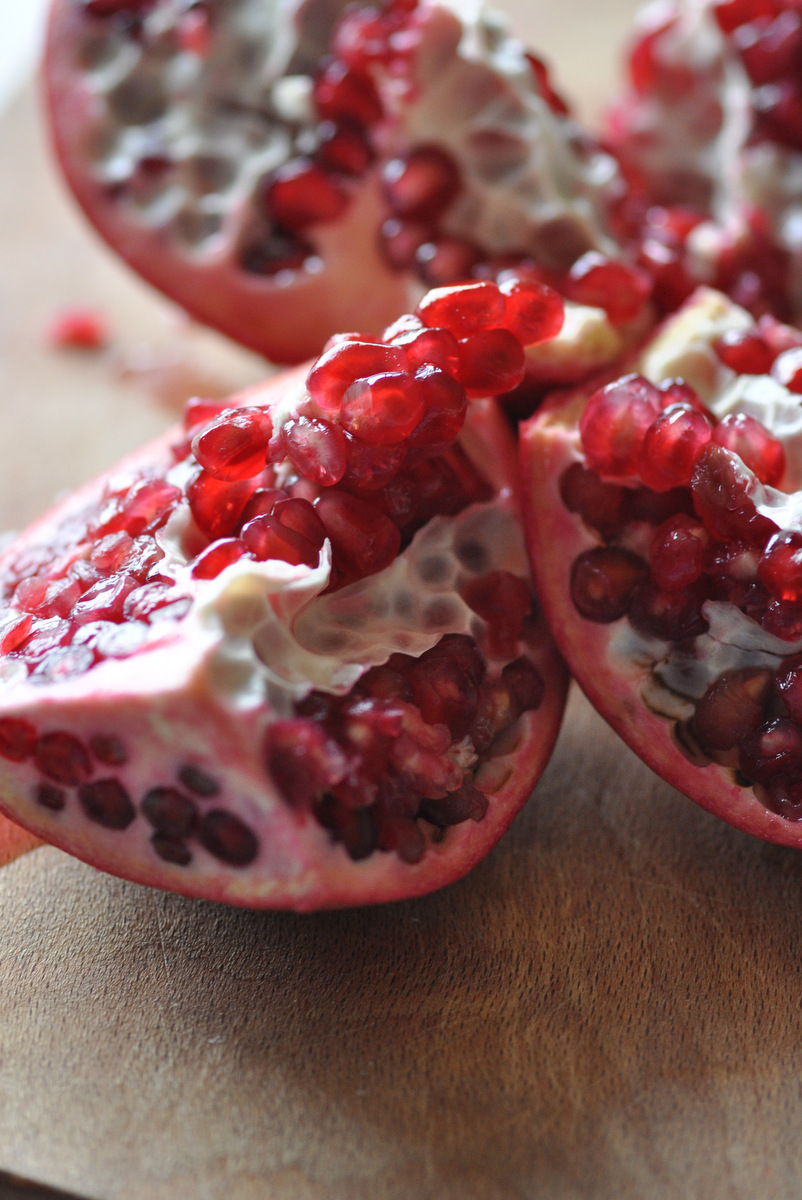 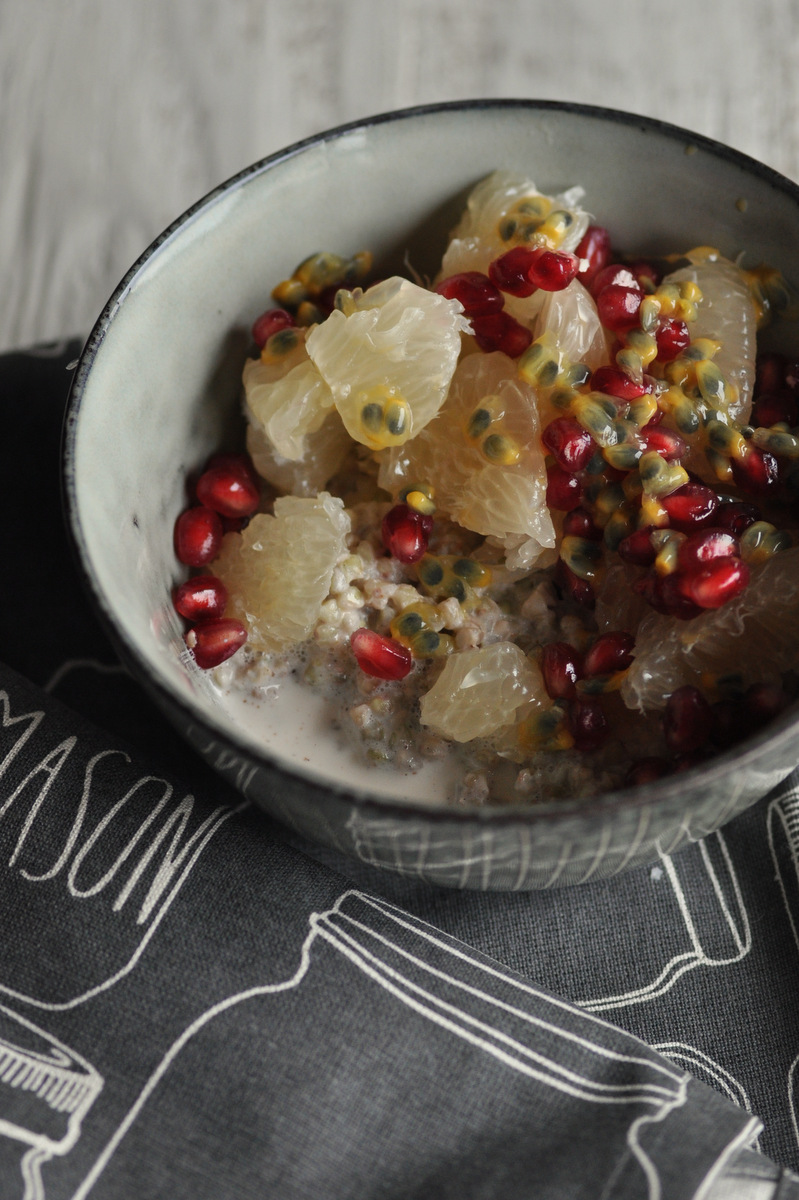 This recipe is an inspiration from a breakfast I had back in November when I visited the very hip café  The Fumabally in Dublin and had a similar porridge to this, alongside a seriously good Avocado Toast. Yes, I was particularly hungry that morning… Well actually it was more like a brunch but anyway, here is how you can create your own buckwheat porridge magic at home. It’s not  as hard as you think.

Soak the buckwheat overnight do improve digestibility and to speed up cooking time. In the morning drain and rinse the buckwheat well. When soaked they release a mucous so make sure you rinse all of that off.

Place rinsed and drained buckwheat together with nut milk, cinnamon stick and maple syrup (if using) in a small sauce pan. On medium heat bring it up to a gentle simmer. Cook for 10-15 min until the groats become transparent. Stir occasionally to prevent burning.

Discard the cinnamon stick before serving and top with fresh fruit and some extra nut milk if needed. I’ve used pomelo, pomegrante and passion fruit here for a lively winter combo but as the seasons change use what ever fruit or berry is in season. 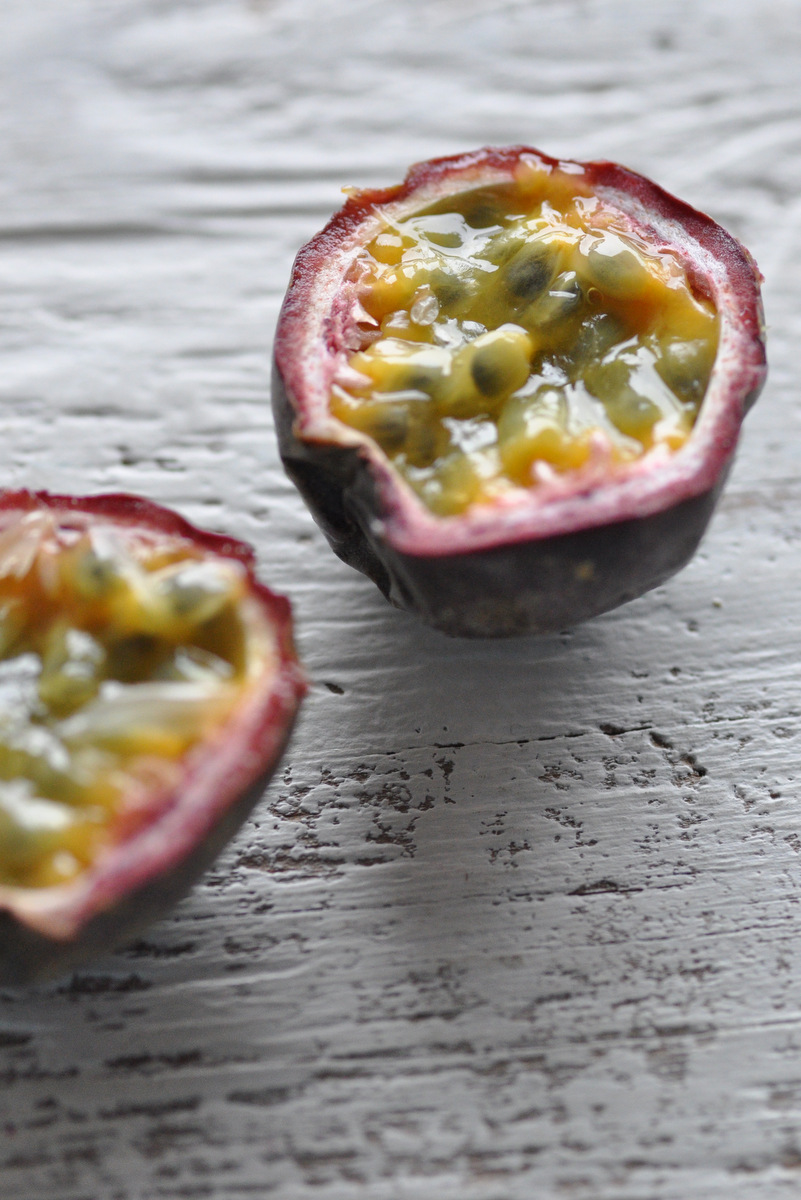 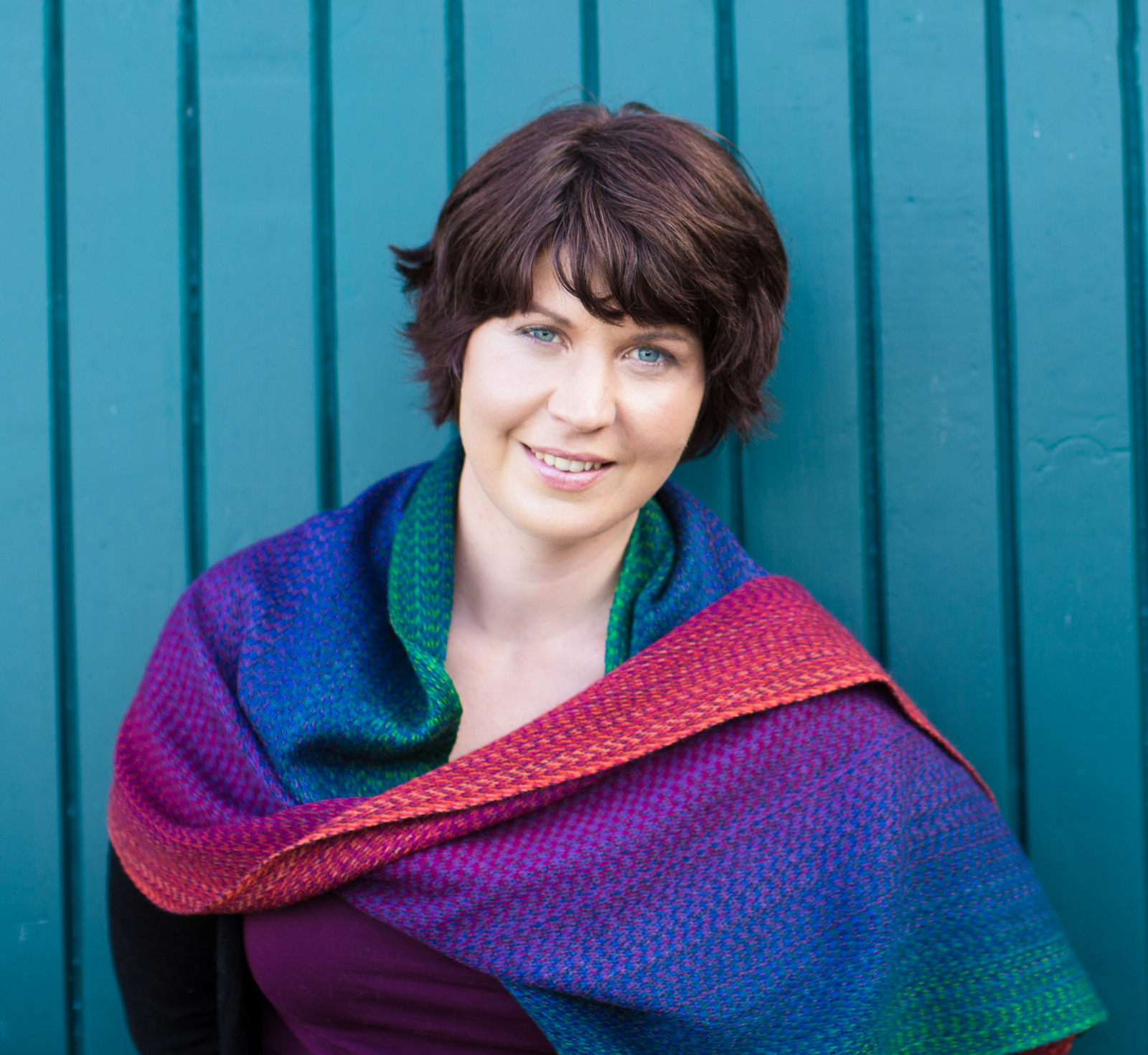